Ok. I had to tell the wife, this had gone on too long and I thought I'd best explain it before she found out. Deathbot 4000. Sounds incredibly morbid, but it's not as bad as it sounds, it's one of those things that evolved into itself.

DeathBot 4000 is a Twitter bot I wrote a while back. The reasons are many and varied but historically trace back to a Discord channel on our server, in which my friends would notify and comment on various deaths reported in the media. Being slightly technical I thought I'd automate the postings, wrote a small BBC News scraper with Discord webhook notifications. Pretty basic but does the job. It's on github as news-alert-discord, which sounds super-bland.

This was then modified only to read specific pages: entertainment, otherwise you get a lot of death news about people you're not that fussed about, and had a small addition to include Twitter updates. For the deathbot4000 Twitter updates he's basically posting everything from BBC News some of which is relevant, some not. I'm convinced it's not even getting it all but will look into it at some point.

So anyway yeah, that's how I arrived at deathbot4000.

Update 19th October 2020. Deathbot4000 has been suspended by Twitter for breaking rules. I have no idea why.

Update 22nd October 2020. Deathbot4000 reinstated on Twitter, I don't think they could work out which rules it was breaking either.

Paddling across the river to the Jolly Sailor for a swift one before heading back down-river.

This is a list of not particularly mainstream movies I've watched and enjoyed up to a point. Primer Shame Solaris Enemy Moon Upstream Color 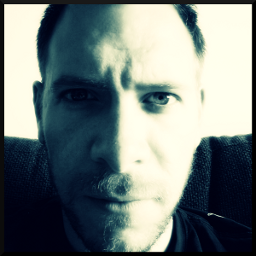